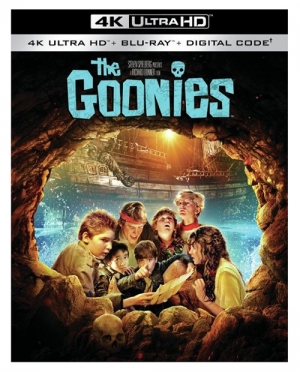 We’ve got still more release news to report today, though much if it we’ve already talked about here at The Bits. The point is, it’s all now official.

All four titles will include the previous Blu-ray extras. In addition, Beetlejuice will offer a new English Dolby Atmos sound mix. There’s no indication of Dolby Vision HDR in Warner’s press release, so assume HDR10 for the time being. Both The Goonies and Beetlejuice will also be available in new Deluxe 4K Giftsets exclusive to Amazon.com. [Read on here...]

Tim Burton’s Beetlejuice in 4K, plus Wind Rises, more catalog Blu-ray, and a word on MGM & Gone with the Wind 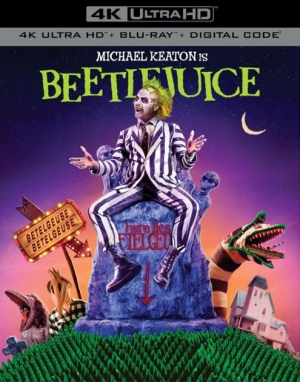 All right, a quick update today with a bit more release news...

First up though, we have two more new disc reviews for you today. Tim has checked out Richard Jefferies’ Blood Tide (1982) on Blu-ray from Arrow Video. And Dennis has turned in his thoughts on Paul Wegener and Carl Boese’s classic German expressionist tale The Golem (1920) on Blu-ray from Kino Classics. Do give them a look.

Also, we’ve just posted a new update of the Release Dates & Artwork section here at The Bits thanks to our own Russell Hammond, and it’s full of all the recently-announced Blu-ray and 4K titles. As always, whenever you order anything from Amazon through our links, you’re helping to support The Bits and we really do appreciate it.

In other news today, here’s a nice surprise: Warner Bros. Home Entertainment is releasing Tim Burton’s Beetlejuice in 4K Ultra HD on 9/1! It looks like two versions will be available: A wide release standard edition and an Amazon exclusive deluxe giftset. You can see the cover art at left and also below. [Read on here...]

Today on The Bits – David Fincher’s Panic Room is coming to #4K at last, plus Bagdad Cafe, Lupin the 3rd: Mystery of Mamo, Trekkies 25th & much more thedigitalbits.com/columns/my-two…