Welcome to a new week, folks! Let’s start things off today with some new disc reviews...

First up, Tim has posted his thoughts on Sidney Salkow’s The Last Man on Earth (1964) starring Vincent Price, which is newly-released on Blu-ray by our friends at Kino Lorber Studio Classics. Tim has also taken a look at Arrow Video’s excellent new Cold War Creatures: Four Films from Sam Katzman Blu-ray box set, which streets tomorrow and includes Creature with the Atom Brain, The Werewolf, Zombies of Mora Tau, and The Giant Claw.

Meanwhile, Stephen has offered up his thoughts on Sidney Lumet’s Prince of the City (1981), new on Blu-ray from the Warner Archive Collection, as well as Wolfgang Peterson’s The NeverEnding Story on German-import 4K Ultra HE from Constantin Film. Note that both the 4K and Blu-ray discs in that package are region free.

All of those titles are worth a look and we’ve got more Blu-ray and 4K Ultra HD reviews coming in the days ahead (including my thoughts on The Thing and Black Widow in 4K). So be sure to watch for those. [Read on here...] 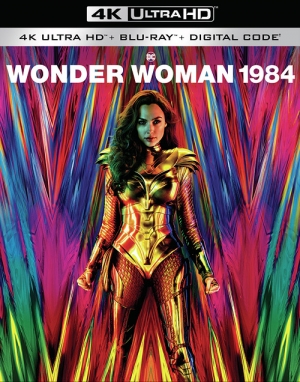 Today’s big news is that Warner Bros. Home Entertainment has finally officially set Patty Jenkins’ Wonder Woman 1984 for release on Blu-ray, DVD, and 4K Ultra HD on 3/30. The Digital release is expected on 3/16, with PVOD rental set for this week on 2/12.

You can see the 4K cover artwork above left and also below the break, along with the regular Blu-ray artwork. Both versions are now available for pre-order on Amazon.com. [Read on here...]

RT @BillHuntBits: This is a great piece on @WBHomeEnt’s recent #4K remaster of CASABLANCA by @AJYeend, featuring an interview with WB Digit…