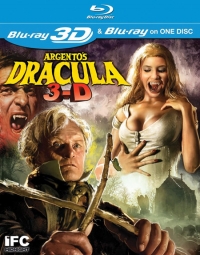 Couple more things for you today...

First, our own Tim Salmons has returned with a review of Sony’s Olympus Has Fallen on Blu-ray Disc.  Sounds like a decent rental at least.

Scream Factory has set The Slumber Party Massacre for Blu-ray release on 3/18.  [Read on here…]

Disney has set the animated The Jungle Book 2 for release on Blu-ray Combo on 3/18.

Lionsgate has announced the DVD and digital release of the ‘bilingual romantic comedy’ Pulling Strings on 2/25.  Lionsgate will also release Power Rangers Megaforce: The Mysterious Robo Knight on DVD on 1/14.

Arc Entertainment has set Big Sur for DVD release on 1/14.  Arc and the NBA have also set Linsanity: The True Story of Jeremy Lin for DVD only release on 1/7.

Wolfe Video has set Reaching for the Moon for DVD on 2/11 and digital on 2/4.

Image and RLJ Entertainment have set Voodoo Possession for DVD and digital on 1/14.

Finally, here’s something cool for you iPad users: Warner Archive has just launched a new app for iPad that will allow you to stream movies from their Warner Archive Instant library!  Sign up now and you get a free two-week trial of the service.  After that, a subscription is just $9.99 per month.

Heads up: Our friends at MVD are having a BLACK FRIDAY sale on select #Bluray and #DVD titles—Up to 80% off SRP now through 11/30. So stock up on #BD titles from the MVD Rewind and MVD Marquee lines while you can! mvdshop.com/collections/BL…