We’re starting the week with a pair of new Blu-ray reviews. First up, Jim Hemphill has given Twilight Time’s The Best of Everything a good look for you. And I’ve turned in my thoughts on the BBC’s excellent 7-part Jonathan Strange & Mr. Norrell miniseries, which has just been released on Blu-ray. Both are well worth a look.  [Read on here…]

In announcement news today, the big piece of news is that Sony Pictures Home Entertainment has officially set Monty Python and the Holy Grail for 40th anniversary re-issue on Blu-ray on 10/27. New for this edition is “all-new artwork from Terry Gilliam and the all-new 30-minute Monty Python and the Holy Grail at the 2015 Tribeca Film Festival, a Q&A with Terry Gilliam, Terry Jones, Michael Palin, John Cleese and Eric Idle, hosted by John Oliver and recorded live at the Beacon Theatre in New York City.” You’ll be able to buy the Blu-ray in two versions: a regular 40th Anniversary Blu-ray Edition (SRP $19.99) and a 40th Anniversary Blu-ray Limited Edition Castle Catapult Gift Set (SRP $55.99). The latter includes “collectible castle packaging with real catapult action and rubber farm animals, plus all-new exclusive introductory letters from Terry Gilliam and Terry Jones.” There’s no indication of a new HD transfer, but legacy extras include outtakes and extended scenes with introduction by Terry Jones, lost animations with introduction by Terry Gilliam, commentary by Terry Gilliam and Terry Jones, “even more revealing” commentary by John Cleese, Eric Idle, and Michael Palin, The Quest for the Holy Grail Locations with Michael Palin and Terry Jones, Lego Knights: The Knights of the Round Table in LEGO, the Special Japanese Version, How to Use Your Coconuts (An Educational Film), BBC Film Night on Location, 3 sing-along songs, a photo gallery, and the trailer. Here’s what the gift set looks like (click to pre-order on Amazon) and you’ll find the regular version cover artwork (and Amazon link) below. 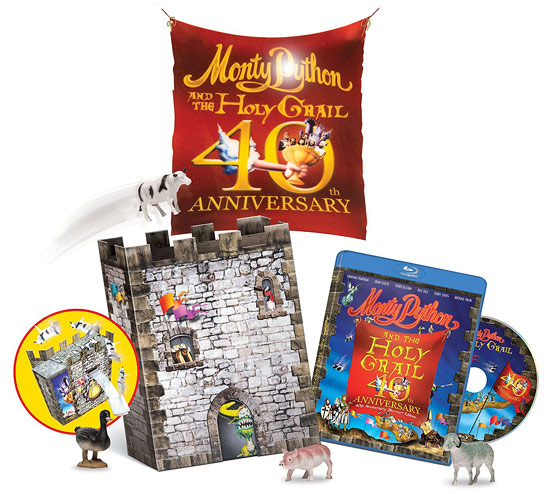 Also today, here’s a surprise that was probably inevitable: Apprehensive Films is releasing Ernie Fosselius’ Hardware Wars on Blu-ray on 11/3 (SRP $29.95), featuring a new HD scan and color correction supervised by Fosselius. Extras will include Disastrous Shorts (a collection of short films by Fosselius including Hindenburger), Plan 9.1 (a tribute to the Ed Wood Jr. classic featuring an all wooden cast), and an interview with Fosselius on Creature Features hosted by Bob Wilkins. All the extras are in SD.

Here’s a look at some new cover artwork, including the regular re-issue versions of Sony’s The Fifth Element and Léon: The Professional – Supreme Cinema Series (sans book and special packaging but with the new 4K transfers)... 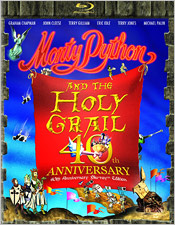 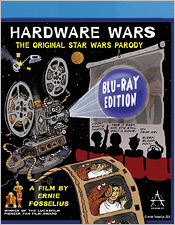 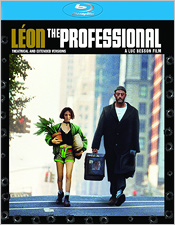 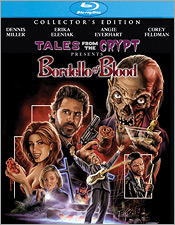 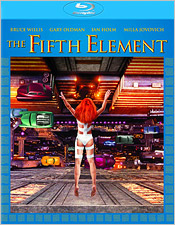 And in other news, there was some big Star Wars news out of Disney’s D23 fan convention in Anaheim this past weekend, including word that Disney is building new Star Wars-themed lands at both their Orlando and Anaheim theme parks. Also, the first photo of the Star Wars: Rogue One cast was revealed, a new Drew Struzan poster for The Force Awakens was released, and it was announced that Jurassic World director Colin Trevorrow will be helming Star Wars: Episode IX. The official Star Wars.com website has more on all of this.

Heads up: Our friends at MVD are having a BLACK FRIDAY sale on select #Bluray and #DVD titles—Up to 80% off SRP now through 11/30. So stock up on #BD titles from the MVD Rewind and MVD Marquee lines while you can! mvdshop.com/collections/BL…