An Epic Failure: Remembering “Far and Away” on its 25th Anniversary

“[The failure of Far and Away] taught Ron Howard that even in a star-driven vehicle, the story must be strong, and that action and character elements must be well integrated in order to achieve a successful outcome.” — Ron Howard: From Mayberry to the Moon… and Beyond author Beverly Gray

The Digital Bits and History, Legacy & Showmanship are pleased to present this retrospective article commemorating the silver anniversary of the release of Far and Away, Ron Howard’s 70mm Irish immigrant epic starring Tom Cruise and Nicole Kidman. [Read on here...]

Far and Away was released twenty-five years ago this summer, and for the occasion The Bits features a compilation of statistics, trivia and box-office data that places the movie’s performance in context; a collection of passages from vintage film reviews; a reference/historical listing of the film’s Panavision Super 70 presentations; and, finally, an interview segment with Ron Howard biographer Beverly Gray.

FAR AND AWAY NUMBER$

A SAMPLING OF MOVIE REVIEWER QUOTES

“Handsomely mounted and amiably performed but leisurely and without much dramatic urgency…. Cruise’s name and Howard’s commercial rep point to a healthy but probably not boffo [box office] life.” — Todd McCarthy, Variety

“Far and Away is a monumental effort but the flimsy story and heavy-handed direction don’t mesh. Don’t be afraid to like it, but try not to feel guilty if you don’t.” — Philip Wuntch, The Dallas Morning News

“In Far and Away and last year’s turgid Backdraft, Howard has stopped trying to understand the human condition and relied on big stars, special effects and expensive sets to interest us in an arduously predictable and clichéd story. This is hack work.” — Steven Rosen, The Denver Post

“Tom Cruise, as the impoverished Irish farmer Joseph Donnelly, is so good it’s almost possible to forgive him for such dreck as Cocktail and Days of Thunder.” — Michael Mills, The Palm Beach Post

“Too often Howard lays on the picturesque poverty and “this land is mine by destiny” rhetoric with the thundering bombast of John Williams’s score. But even at its hokiest, Far and Away is never less than heartfelt. Three of Howard’s Irish ancestors took part in the Oklahoma land race. In a summer of impersonal product, this at least is a movie with dreams of more than box office.” — Peter Travers, Rolling Stone

“This is an empty movie, a beautiful, big empty movie, a fantasy, a fable, as cute as a bedbug, laff track-ready — when it could have made history.” — Catherine Dunphy, Toronto Star

“With pounding excitement and scope, Far and Away is a winner!” — Jeannie Williams, USA Today

“Far and Away is such a doddering, bloated bit of corn, and its characters and situations so obviously hackneyed, that we can’t give in to the story and allow ourselves to be swept away.” — Hal Hinson, The Washington Post

“[T]he 70mm print performs as advertised, giving Far and Away a visual intensity in unusual richness of detail. In fact, when it comes to scenes where dialogue is not a factor, like Joseph’s bare-knuckle brawls and his and Shannon’s arrival at the teeming port of Boston, Far and Away very much keeps its end of the bargain.” — Kenneth Turan, Los Angeles Times

“Far and Away is a corker of an adventure! Always entertaining and exhilarating, it’s a magic celebration of life.” — Mick LaSalle, San Francisco Chronicle

“[Despite] the boast that the film is the first to be shot with the new Panavision Super 70 equipment, cinematographer Mikael Salomon’s panoramic shots of the western Ireland Sea and western American sunsets are not enough to save it. That’s because the storyline is tedious and ridiculous, the drama sentimental and ludicrous, the humor cornball and clumsy.” — Clifford Terry, Chicago Tribune

“In previous films like Parenthood and Backdraft, Mr. Howard has created commercial hit by following a similar formula: give the audience something as comfortable and unsurprising as its own living room. This time the concept of TV-for-a-very-big-screen comes out silly.” — Caryn James, The New York Times

“Howard has long wanted to make his contribution to the many movies about the immigrant experience, but he has not found anything new to say. He has, however, found a resplendent way of saying it. The finale in Oklahoma is done on a scale the bottom-liners in Hollywood don’t often permit. It provides a fitting end to an epic journey, but it’s a pity the film moves at the pace of a covered wagon before it reaches the climactic rush.” — Desmond Ryan, The Philadelphia Inquirer

“Far and Away has the looks and length of the epic immigrant film director Ron Howard imagined. And star couple Tom Cruise and Nicole Kidman do solid acting jobs. But a too-predictable story in a wobbly structure pulls the movie back to the realm of the ordinary, leaving it finally enjoyable but unspectacular.” — L. Kent Wolgamott, Lincoln Journal Star

“It’s depressing that such a lavish and expensive production, starring an important actor like Tom Cruise, could be devoted to such a shallow story…. If the late David Lean had not died before he could shoot it, his own planned 70mm epic, Nostromo, might have been arriving in theaters about now. It would have been a reminder of the literate, thoughtful tradition of such Lean films as Doctor Zhivago and Lawrence of Arabia. Remembering them and looking at this credulous boy’s story, I am depressed. Are audiences thought not capable of seeing great pictures and listening to great dialogue at the same time? Are they so impatient they have to be thrown boxing scenes instead of character scenes? Is there any purpose to this movie other than visual spectacle?” — Roger Ebert, Chicago Sun-Times

“John Ford’s The Quiet Man meets How the West Was Won in this rousing, enjoyably cornball epic…. This is the kind of movie in which snow starts to fall at the moment when the hero and heroine are turned out into the streets to join the homeless. It’s also the kind of movie in which the hero makes fateful decisions by listening to his father’s ghost in a dream. It is shameless. It has no depth. It is also the kind of epic moviegoing experience that no one else is offering right now.” — John Hartl, The Seattle Times

“Far and Away was likely intended to be a grand and epic romance adventure about the Irish immigration. But Howard and his gang not only missed the boat, they’re light years away from the dock. What they got is Ken and Barbie Come to America, with accessories.” — Judy Gerstel, Detroit Free Press

“Far and Away is a star picture. Cruise and Kidman are impressive apart and wonderful together. They have an equally smooth touch with the movie’s humor, romance and historic credibility.” — Bob Fenster, The (Phoenix) Arizona Republic

“Most of us who grew up with TV care at least a little about Ron Howard, who played Opie on The Andy Griffith Show and later was Richie on Happy Days. And as a film director, Howard has demonstrated a natural gift for unpretentious comedy in Splash, Parenthood and much of Cocoon. But lately — in movies such as Backdraft, Willow and this new one — he seems to be striving toward something deeper. One would like to see people advance, of course, but Howard is reaching his level of incompetence much faster than he seems to realize. A few more films like Far and Away, and the Peter Principle may come to be known as the Opie Effect.” — Jay Boyar, Orlando Sentinel

Tweet
Published in History, Legacy & Showmanship
Tagged under
back to top

Michael Coate is a journalist and film historian who joined The Digital Bits as a Contributing Editor in 2013. His column for The Bits is History, Legacy & Showmanship, which focuses on retrospectives and tributes to popular and historically significant films. From… 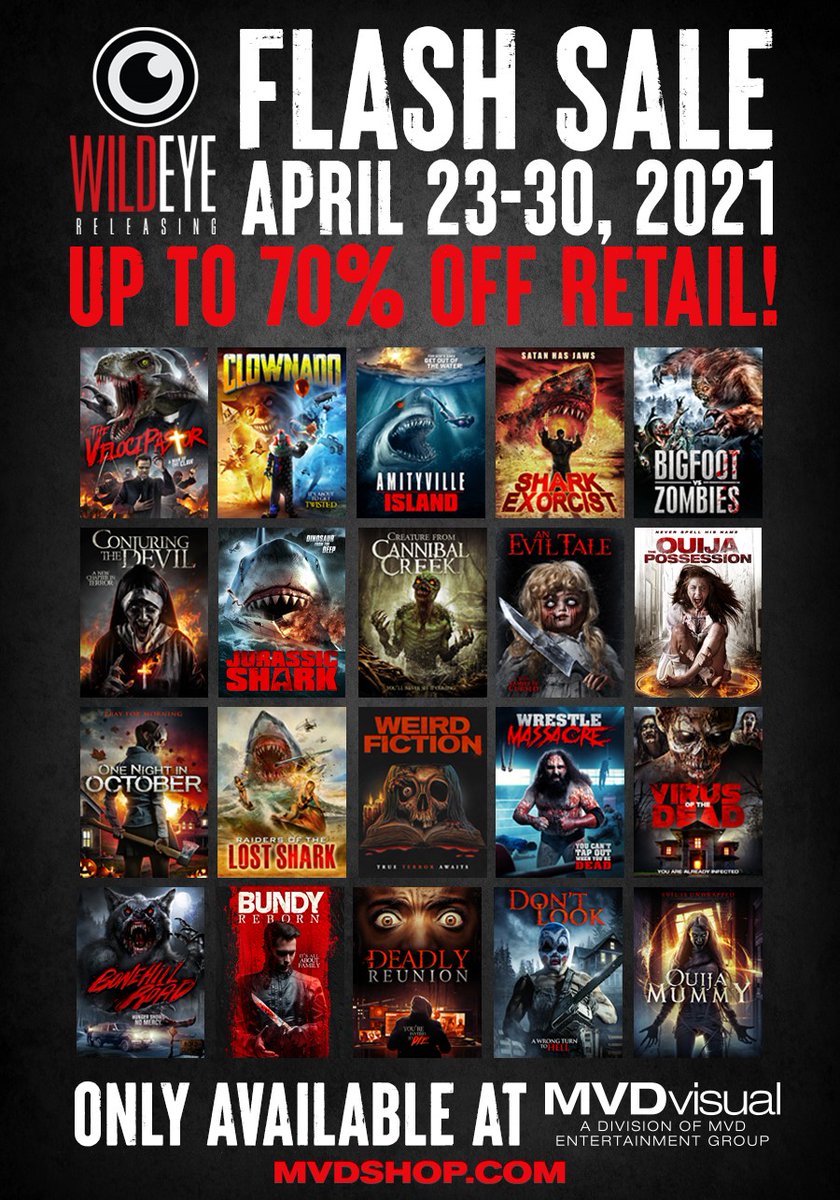 Heads up: Our friends at @mvdentgroup are having a #sale on Wild Eye Releasing titles—up to 70% off now through 4/30 noon on many #cult #horror titles on #Bluray and #DVD. Stock up while you can! mvdshop.com/collections/we… 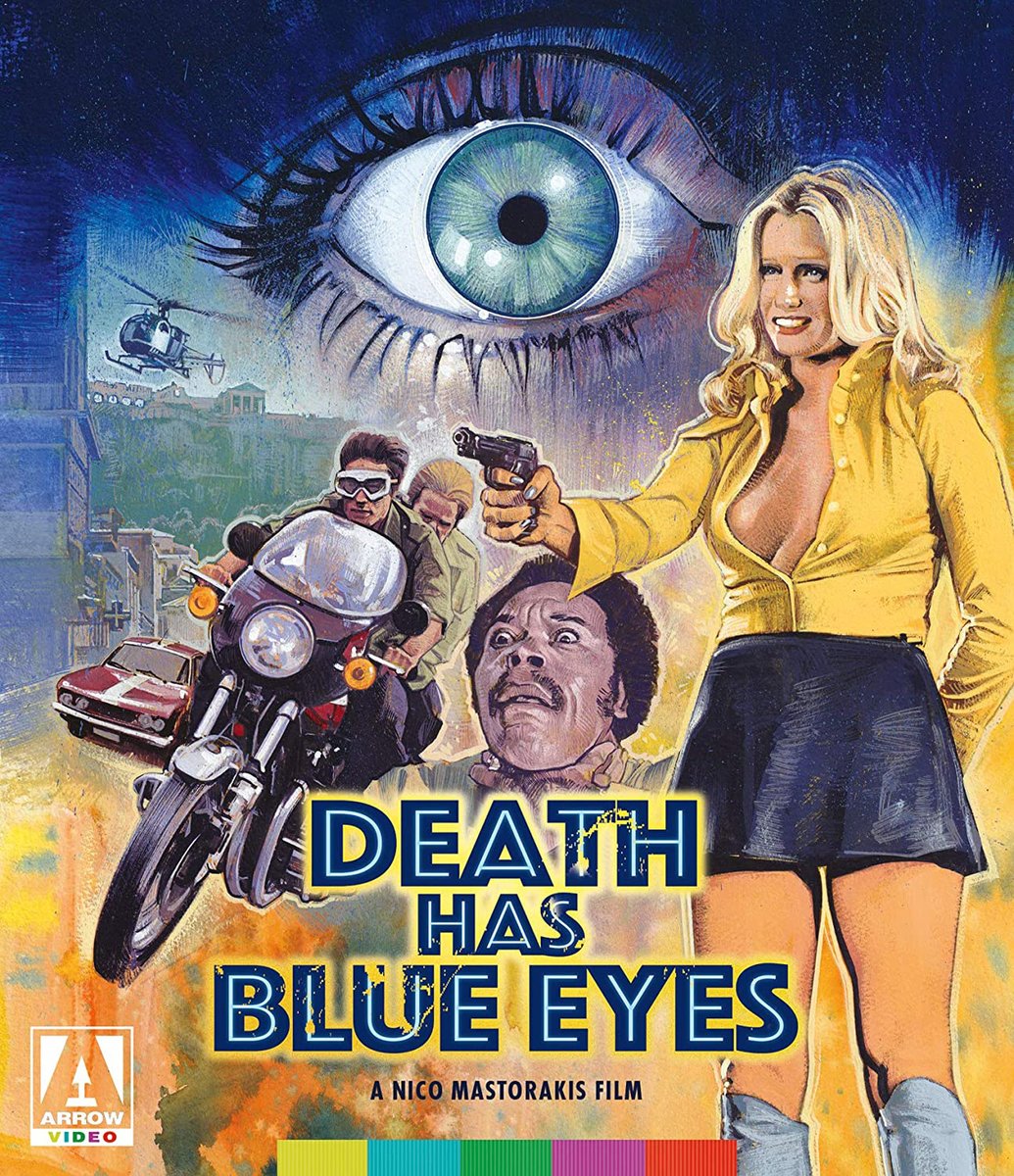