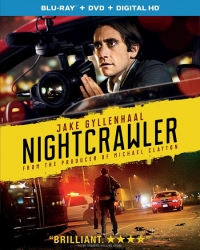 We’re kicking the week off with a new Blu-ray review. This one is my look at Network’s new Space: 1999 – The Bringers of Wonder: Special Edition teaser disc, designed to promote the late 2015 release of Space: 1999 – Season Two. Keep in mind when reading the review that it’s a Region B disc. But if you’re a fan of Space: 1999, the review (and the disc if you have an all-region player) is worth a look.  [Read on here…]

Speaking of which, I’ve got a quick update for you. I’ve confirmed that A&E has lost/is about to lose the U.S. distribution rights to Space: 1999 and also Gerry Anderson’s UFO (which is out now on Blu-ray in Japan and Germany). We suspect that those rights have either already been picked up or will be soon, and given that ITV made a deal for film and TV properties with Shout! Factory late last year – and that Gerry Anderson’s Stingray (1/13), Captain Scarlet and the Mysterions (2/10), and Fireball XL5 (3/10) are already listed as coming from Shout! on DVD in early 2015 – we’d be surprised if Shout! isn’t where Space: 1999 and UFO will land in 2015. We’ve already made inquiries, so we’ll let you know as soon as we hear anything.

In announcement news today, HBO has set Boardwalk Empire: Season 5 for Blu-ray and DVD release on 1/13, followed by Silicon Valley: Season 1, and Veep: Season 3 on 3/31.

It hurts to even type this one, but Warner has set The Flintstones & WWE: Stone Age Smackdown for Blu-ray Combo and DVD release on 3/10.

XLRatr will release the Hendrix biopic Jimi: All Is By My Side on Blu-ray and DVD on 1/13.

And Olive Films will release La Belle Captive, The Woman They Almost Lynched, The Weapon, World for Ransom, and Track the Man Down on Blu-ray on 1/20, followed by Pork Chop Hill, Return to Me, A Hole in the Head, and King: The Martin Luther King Story on Blu-ray on 1/27.

Here’s a look at a little bit of Blu-ray cover artwork, including some of the titles mentioned above... 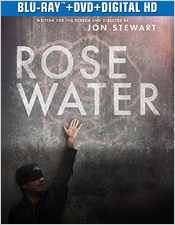 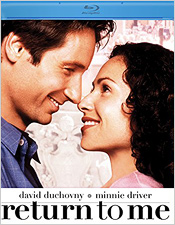 More reviews are coming all through the week, so be sure to check back. Stay tuned!

Bits #BD Review – @timsalmons dives into the #Bluray #3D presentation of the 1977 martial arts extravaganza DYNASTY—now available from @KLStudioClassic with a new #3D restoration by 3-D Film Archive and a set of quality extras. @BillHuntBits thedigitalbits.com/item/dynasty-k…