We’ve got another Blu-ray review for you today from Jim Hemphill, who this time takes a look at François Truffaut’s Mississippi Mermaid (1969) now available from Twilight Time. It’s well worth your time, so do give it a look!

In announcement news today, 20th Century Fox Home Entertainment has set Empire: Season One for Blu-ray and DVD release on 9/15. The Blu-ray version will include 11 uncut music performances from the series (the DVD includes 5 of them).  [Read on here…]

Our friends at the Warner Archive have officially announced the Blu-ray release of Tony Scott’s The Hunger. The disc will be a BD-50, with 2.0 mono audio, the trailer, and audio commentary by Scott and Susan Sarandon. It’s not yet up for pre-order on their website, but it is definitely coming soon as you can see by the official cover art above left there.

Warner Home Video has set Adult Swim’s Mike Tyson Mysteries: The Complete First Season for DVD only release on 10/20 (SRP $14.98). Looks like you get all 10 episodes, but no extras. They also have Your Pretty Face is Going to Hell: Season 1 coming on DVD only on 7/14 (SRP $14.98), including 6 episodes plus deleted scenes, commentaries, screen tests and more.

Warner and Cartoon Network’s Adventure Time: The Complete Fifth Season arrives on Blu-ray and DVD on 7/14 (SRP $39.99 and $29.97), including 52 episodes and a behind-the-scenes featurette.

Warner will release The Following: The Complete Third and Final Season on Blu-ray and DVD on 10/13 (SRP $44.96 and $39.98), including 15 episodes, 4 featurettes, deleted scenes, the Funny or Die parody, a Comic-Con panel video, and a gag reel.

And Warner will release Reign: The Complete Second Season on DVD only on 10/6, featuring 22 episodes, deleted scenes, and a featurette.

Meanwhile, Arrow Video US has set Requiescant and The Mutilator for Blu-ray release in September (on 9/22 and 9/29 respectively).

Arrow Films UK will release the 6-part WWII drama The Saboteurs on Blu-ray and DVD in the UK on 8/10. No word yet of a US release.

Lionsgate has set Seeds of Yesterday for DVD only release on 7/21. This is the final part of their Flowers in the Attic adaptation.

Cinedigm has set the Hallmark Channel’s Cedar Cove: Season Two for DVD only release on 7/14, followed by When the Checks Stop Coming In on DVD only on 8/4.

Anchor Bay Entertainment will release the sci-fi films Earthfall and The Anomaly on DVD only on 10/6.

It appears that HBO is going to be re-issuing the first four seasons of Game of Thrones on Blu-ray this fall with new Dolby Atmos sound mixes and Steelbook packaging. The first two seasons arrive on 11/3 (SRP $79.98), with the other two set to follow later. You can read more here at USA Today. Thanks to Bits reader Barry P. for the heads-up.

Our friends at Scream Factory have announced that they’re moving their planned Collector’s Edition Blu-ray release of Wes Craven’s The Serpent and the Rainbow to 2016, to allow for the creation all new extras with “major talent” involved in the creation of the film. Sounds good to us. Meanwhile, you can see their official cover artwork below.

Finally, word on the Interwebs is that Lionsgate’s recent Terminator 2: Judgment Day Blu-ray re-issue (which streeted on 5/19) is a so-called “stealth” re-master. Essentially, it appears to be the same master as their Skynet Edition Blu-ray, but minus the excessive DNR that appeared on that edition, which results in a noticeable improvement in image quality. I haven’t yet confirmed this myself, but apparently many other enthusiasts online have done so. The best news? It’s only $8.99 on Amazon right now. Click here or on the cover artwork below to get a copy for yourself. Thanks to Bits reader Nick G. for the heads-up on this.

We’ll leave you today with a look at some new Blu-ray cover artwork. All but The Serpent and the Rainbow are available for order or pre-order on Amazon by clicking on the covers… 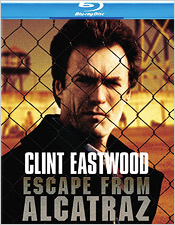 Back tomorrow with a new History, Legacy & Showmanship column from our own Michael Coate. See you then!