Martin Scorsese’s second collaboration with author Nicholas Pileggi is a difficult film to appreciate on a first watch, but it’s every bit as rewarding as Goodfellas for patient viewers who are willing to see it a few times to unravel the complex layers hidden under its seemingly meandering surface. Goodfellas makes such a strong impression the first time thanks to its extraordinary energy and its clear structure, both of which give the film an irresistible narrative drive. In comparison, Casino is much more laid back, with a very picaresque story. Scorsese himself described it as a three-hour film with no plot. If Goodfellas was Scorsese operating well within his own comfort zone, Casino was him pushing his own boundaries. The film feels improvisatory, with Scorsese following the action rather than exerting his usual ironclad control over it. Much of the dialogue between Robert De Niro and Joe Pesci was indeed improvised, with Scorsese sitting back and trusting his actors to take him from point A to point B in whatever fashion that they deemed fit. He may have taken some chances with this film, but he hedged his bets by surrounding himself with familiar collaborators who knew how to deliver the goods.

While Casino does lack obvious structure, it borrows the framing device from Sunset Boulevard of having the film narrated posthumously by its protagonist. Just as Billy Wilder showed William Holden floating face down in a pool at the beginning of that film, Casino’s “Ace” Rothstein (De Niro) is blown up in his own car before the opening credits roll. However, in this case, the narrator is a particularly unreliable one, and that fact is the key to unpacking the film as a whole. Like Goodfellas, Casino does shift narrators periodically, but all of those shifts fall under the umbrella of De Niro’s primary narration. The Las Vegas of Casino is defined by deception, with the glitzy veneer serving as a chimera to obscure its sordid criminal underbelly. Everyone in the film is hiding something, lying about it, trying to cheat the system, and trying to cheat each other. From the highest levels of the mob down to its lowliest grunts, from the management of the casinos down to the customers themselves, everyone is running a scam on everybody else. In a world defined by dishonesty, it makes perfect sense for the film itself to be equally deceptive in how that world is presented.

That deceptiveness is hidden under a particularly dazzling surface, with Robert Richardson’s luminous cinematography highlighting Dante Feretti’s brilliant sets and the wildly imaginative costuming by John Dunn and Rita Ryack. For a three-hour film with no plot, Casino displays some ravishing eye candy. Just don’t trust what you see any more than what you hear—Casino rewards those who pay attention and aren’t fooled by the misdirection of the con games happening on both sides of the camera.

Robert Richardson shot Casino in Super 35 mm using Panavision Panaflex Gold, Panaflex Platinum, and Panastar cameras, all with Panavision Primo spherical lenses, framed at 2.39:1 for its theatrical release. It was Richardson’s first experience using Super 35, and while he was initially concerned about the reduced resolution from cropping the image to 2.39:1 and blowing it up for anamorphic release, the format proved necessary because Scorsese’s style frequently required zoom adjustments during shots, which couldn’t be done with the lighting levels that Richardson wanted to use. Despite his trepidations, he was happy with the results, and Universal’s stunning Ultra HD version of the film proves why.

For this release, they scanned the original negative at 4K resolution and then graded it for HDR (only HDR10 is included on the disc). The level of fine detail is truly staggering; it’s easy to get distracted by checking out just the textures of the fabrics on the wide variety of suits worn during the film, let alone on any of the rest of the costumes. Grain is prominent, but it’s even and well-managed by the encoding, creating a tangible feeling of the texture of the film itself. The HDR grade provides ravishing colors in even the most mundane of scenes—the greens and reds are brilliantly saturated, along with nearly every other color imaginable. The highlights, such as the neon lights and other bright light sources, really stand out, especially when set off from the genuinely deep blacks. In short, color, contrast, and detail are all outstanding. This is a nearly perfect transfer—watch it on the largest screen available, and drink in the sights.

Primary audio is offered in a DTS:X remix of the original 5.1 channel theatrical soundtrack. It’s a subtle but effective expansion of the original mix, one which never strays too far from its source. Casino is a dialogue-driven film, so much of the sonic energy is appropriately focused on the front three channels, though there are effective uses of the surrounds as well. The mix does an excellent job of balancing the layers of music, dialogue, and effects, just as the film itself balances its own layers. Additional audio options include French, Spanish, Japanese, and Portuguese 5.1 DTS. Subtitle options include English SDH, French, Spanish, Japanese, and Portuguese. There are subtitles available for the commentary track in the same languages, but they aren’t listed anywhere on the menus and need to be selected via remote control.

Universal’s Ultra HD release of Casino is a 2-disc set which includes the original 2008 Blu-ray (not a remastered one) as well as a Digital code on a paper insert. The UHD includes the commentary track, but the rest of the extras are on the Blu-ray only, and in SD:

Moments isn’t a traditional commentary track, but rather an edited compilation of audio segments featuring Scorsese, Pileggi, Stone, editor Thelma Schoonmaker, producer Barbara De Fina, and others. It’s still primarily a scene-specific track, with all those moments being placed at pertinent positions during the film. It covers the writing of the film and the book, how the film was restructured in the edit, and many other production details, with Pileggi also giving more background information on the ways that the mob ran the casinos during that era. Thankfully, it includes an announcer who identifies each participant before they speak, so there’s no way to lose track of who is who. It’s a great track which remains far more focused than a lot of commentaries featuring people speaking extemporaneously. Note that the material is taken from interviews done for the documentaries which were included on the HD-DVD version—more on that in a moment.

The deleted scenes are mostly shot extensions, but they’re interesting because they include the full shots with background chatter from Scorsese and the crew. The best of them has more footage with Catherine Scorsese, who always stole her scenes. In this case, it’s worth the price of admission to hear her scolding Scorsese for his language. Vegas and the Mob is a brief NBC News segment which gives a perfunctory look at the era which is completely unrelated to the film, and it isn’t worth the time. History Alive: True Crime Authors: Casino with Nicholas Pileggi was produced for the History Channel, and it opens with a title card which sums up the primary problem with that network: “This program contains scenes which have been dramatized.” There’s a bit more meat here related to the actual film itself, but it’s lost in a maze of their cheesy re-enactments. The Picture-in-Picture track is a genuine travesty. The HD-DVD release had four different featurettes about the making of the film, totalling approximately one hour, but they’re not included on this disc in their original format. Instead, they’ve been hacked up and repurposed into brief segments for this picture-in-picture track. There’s no option to play them outside of activating the track and watching the entire film to wait for them—adding insult to injury is the fact that they still don’t pop up automatically, but have to be selected when an icon appears. It’s a textbook example of why this feature has been left by the wayside.

Casino isn’t necessarily an easy film to appreciate, and it requires some effort on the part of viewers to unpack its buried treasures. That’s not a bad thing, especially in the era of the instant gratification provided by the internet. Casino doesn’t provide that kind of gratification, but it’s fare more rewarding in the long run. 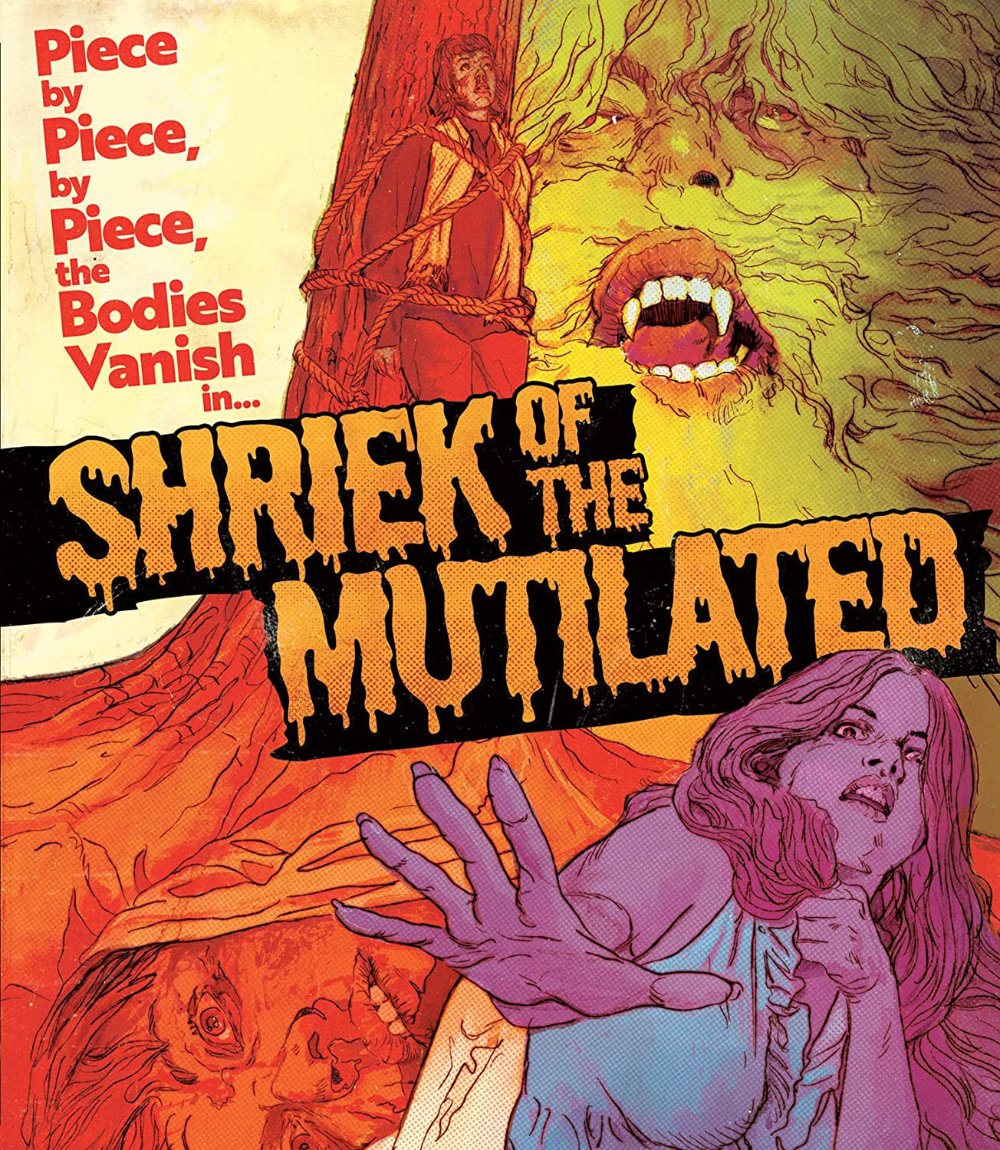 Bits #BD Review – Dennis takes a look at the #Bluray release of LON CHANEY: BEFORE THE THOUSAND FACES – VOLUME 2 featuring 5 rare surviving #silent films with the aid of the Library of Congress—now available from @UndercrankProd. @BillHuntBits thedigitalbits.com/item/lon-chane…