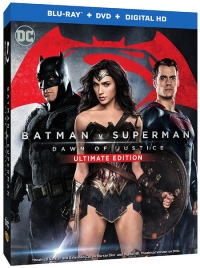 All right, we’re kicking off this Thursday here at The Bits with another new Blu-ray review, and then we’ve got some great announcement news to share with all of you.

First though, Tim has checked in with his thoughts on another fine BD title from our friends at Arrow Video – the Killer Dames box set, which includes Emilio Miraglia’s The Night Evelyn Came Out of the Grave and The Red Queen Kills Seven Times. Do check it out.  [Read on here…]

Now then, the big news today is that Warner Home Video has just officially set the Batman v Superman: Dawn of Justice – Ultimate Edition for 4K Ultra HD Blu-ray Combo Pack, Blu-ray 3D Combo Pack, Blu-ray Combo Pack, and DVD release on 7/19, with a Digital HD release set for 6/28. SRP for the disc versions will be $44.95, $44.95, $35.99, and $29.98 respectively. From the press release: “The Ultra HD Blu-ray Combo Pack features an Ultra HD Blu-ray disc with the Ultimate Edition in 4K with HDR (which includes 30 minutes of additional footage), a Blu-ray disc with the theatrical version and special features in HD, and Digital HD versions of both the Ultimate Edition and theatrical version. The Blu-ray 3D Combo Pack features the theatrical version of the film in 3D hi-definition and hi-definition, as well as the Ultimate Edition in hi-definition; the Blu-ray Combo Pack features the Ultimate Edition and theatrical version of the film in hi-definition on Blu-ray; and the DVD features the theatrical version in standard definition.” All the Blu-ray versions will include Dolby Atmos audio. The extras are exactly as we listed yesterday, including 11 documentary featurettes (Uniting the World’s Finest, Gods and Men: A Meeting of Giants, The Warrior, The Myth, The Wonder, Accelerating Design: The New Batmobile, Superman: Complexity & Truth, Batman: Austerity & Rage, Wonder Woman: Grace & Power, Batcave: Legacy of the Lair, The Might and the Power of a Punch, The Empire of Luthor, and Save the Bats). We know of several US retailer exclusives currently: Target will have Digibook packaging with a lenticular hologram cover (it changes from Batman to Superman), Best Buy will have Steelbook packaging (with either Batman or Superman) and a version packed with a graphic novel, and Amazon has exclusive box sets packed with either a Batman or Superman figurine. (Walmart has an exclusive too, but we don’t know what it entails at the moment.) You can see the cover artwork for the regular non-exclusive Blu-ray version above left and below (click on the art below to pre-order it from Amazon.com). We’ll share the final Blu-ray 3D and 4K art as soon as it comes in.

Note also that Warner has set Barbershop: The Next Cut for Blu-ray and DVD release on 7/26.

Meanwhile, Lionsgate has set The Lobster for Blu-ray and DVD release on 8/2 (SRP $24.99 and $19.98 respectively). Extras will include The Fabric of Attraction: Concocting The Lobster featurette.

Are any of you looking forward to the 4K Ultra HD Blu-ray Combo and regular Blu-ray Combo release of Ridley Scott’s The Martian: Extended Edition on 6/7? Our friends at Fox have passed along official word that the Blu-ray versions will, in fact, feature Dolby Atmos audio.

And finally today, we have one piece of less than stellar news: I finally heard back from Universal Studios Home Entertainment this morning and have learned that Buck Rogers in the 25th Century: The Complete Remastered Series is not currently on their US Blu-ray release slate for this year. As you know, I posted yesterday that it is coming to Region B in Australia on 8/17. HOWEVER... before some of you get worked up, let me remind you that neither was Battlestar Galactica: The Complete Remastered Series on the US Blu-ray slate when it was originally released in Germany. So I suspect there’s still hope, especially if you guys politely let the studio know (via Facebook and Twitter) that you want to see it on Blu-ray here. So there you go.

We’ll leave you today with a look at some of the Blu-ray and 4K cover art for titles mentioned above and more (click to pre-order them on Amazon, if pre-orders are available)... 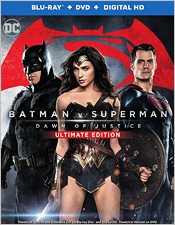 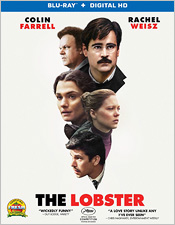 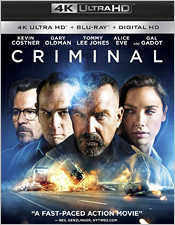 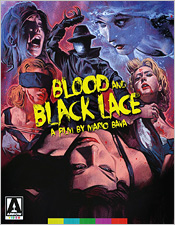