Piranha II: The Spawning (aka Piranha II: Flying Killers) is the sequel to the Roger Corman/Joe Dante hit from several years prior. In it, the military-developed superfish return to terrorize another local beach community, but now nobody is safe on land either! The film is infamous for technically being the first directorial effort from James Cameron, whose work on the film was met with continual animosity and conflict from the film’s producer Ovidio G. Assonitis (of Beyond the Door infamy), consequently causing Cameron to disown the film later in his career.

Over the years, Piranha II has gained a reputation as a “bad” film, but I certainly don’t see it as one. It’s cheesy and a little off-kilter, basically because it wasn’t finished by the person who was supposed to be guiding it, but it’s surprisingly on par with many other Italian Jaws knock-offs of the era. The lack of a real payoff at the movie’s conclusion, making it feel anti-climactic, is probably its biggest flaw overall. There’s actually one moment in the film, at least for me, that feels the most like James Cameron. After Anne and Tyler break into the morgue to see the remains of the devoured scuba diver and are subsequently thrown out, there’s a section that lasts for about a minute where things slow down and there’s some genuine tension in the air. It’s merely a wisp of Cameron’s direction, yet unexpectedly effective, if only for a brief moment.

Make no bones about it though: flying piranha is a goofy idea to begin with, but if the filmmakers had gone for a more satirical edge like the original film, it might have worked better in their favor. You have folks like Lance Henriksen, the lovely Leslie Graves, and Tricia O’Neil (doing an Adrienne Barbeau impersonation by accident) all contributing and trying their best. And according to some of the people involved, everybody was working hard to deliver a quality movie, but unfortunately, it was a production that just didn’t gel, and the lack of more overt humor in the final product likely crippled its chances more than strengthened them.

The version of Piranha II presented on this Blu-ray release appears to be the longest version of the film before it was cut up for different markets. The rumor about a possible Director’s Cut of the film is mostly just hearsay (I find nothing but conflicting evidence about its existence), but it supposedly has less footage, including less nudity and the rearrangement of various scenes. It was also adjusted for TV airings later on in its life. I haven’t seen either of these versions, but this release appears to be the most complete, with all of the extracurricular underwater aardvarkus (as Joe Bob Briggs would say), gratuitous nudity, and occasional gore fully intact.

Scream Factory’s release of the film features a presentation sourced from a “new 2K scan from the original camera negative”. It also includes the title Piranha II: Flying Killers at the head of it. This marks the first time the film’s ever been available in a widescreen format, at least to my knowledge. Previously, all home video presentations over the years have been murky, full-screen messes wherein you couldn’t really appreciate any of the work that went into making it. That’s now a thing of the past. This is a highly organic-looking presentation with excellent detail on full display. You can now see everything that’s going on more clearly and scenes make much more sense. It still carries a soft, diffused look in places, and there’s even one shot that’s completely out of focus for an extended period of time, but the quality is so much better. The color palette isn’t abundant with rich saturation, but reds, blues, and other hues, as well as skin tones, are well-represented. Black levels are much deeper with better shadow detail as well, while overall brightness and contrast levels are satisfactory. This is also an extremely clean-looking and stable presentation with very few left over instances of age-related artifacts and no digital enhancements whatsoever.

For the audio, an English 2.0 mono DTS-HD track is available with optional subtitles in English. It’s a fairly flat presentation without any dimension, but dialogue is discernible and the unmistakable sound of the approaching piranhas is balanced well enough. Score stands out the most with a little more heft than the rest of the track, but never manages to overpower it. There are also no instances of distortion, hiss, dropouts, or crackle.

For the extras selection, there are only three items of interest: One Moment in Time, a new 16-minute interview with actor Ricky Paull Goldin on his experiences making the movie, including his relationships with James Cameron and Lance Henriksen, as well as what it was like to be a 16-year-old actor shooting a movie in Jamaica; The Sky Has Teeth, a new 14-minute interview with make-up effects artist Brian Wade about working with James Cameron and the pressures of delivering special effects for the film; and the original theatrical trailer (again with Piranha II: Flying Killers as the title). We may never legally see a so-called “Director’s Cut” of the film, if indeed such a thing truly exists, but it’s nice to have some sort of representation for the cut that we do have. It would have been nice to have had an audio commentary, perhaps from somebody like Lee Gambin who would have eaten something this up (no pun intended), but having a couple of interviews and at least the trailer will have to suffice for now. Besides, just being able to see this movie in such high quality is reason enough to check this disc out.

Whether it was James Cameron being told what and what not to do which might have hampered his vision or whether it was a poor idea from the very beginning, none of it really matters in the end. Piranha II: The Spawning wound up being more of a joke, or a even footnote in Cameron’s career, more so than a well-liked horror movie. For me it falls slightly below mediocre, but isn’t anywhere near awful. And with Scream Factory’s presentation, it’s nice to finally have a top notch presentation of it after all of years of substandard viewing experiences. 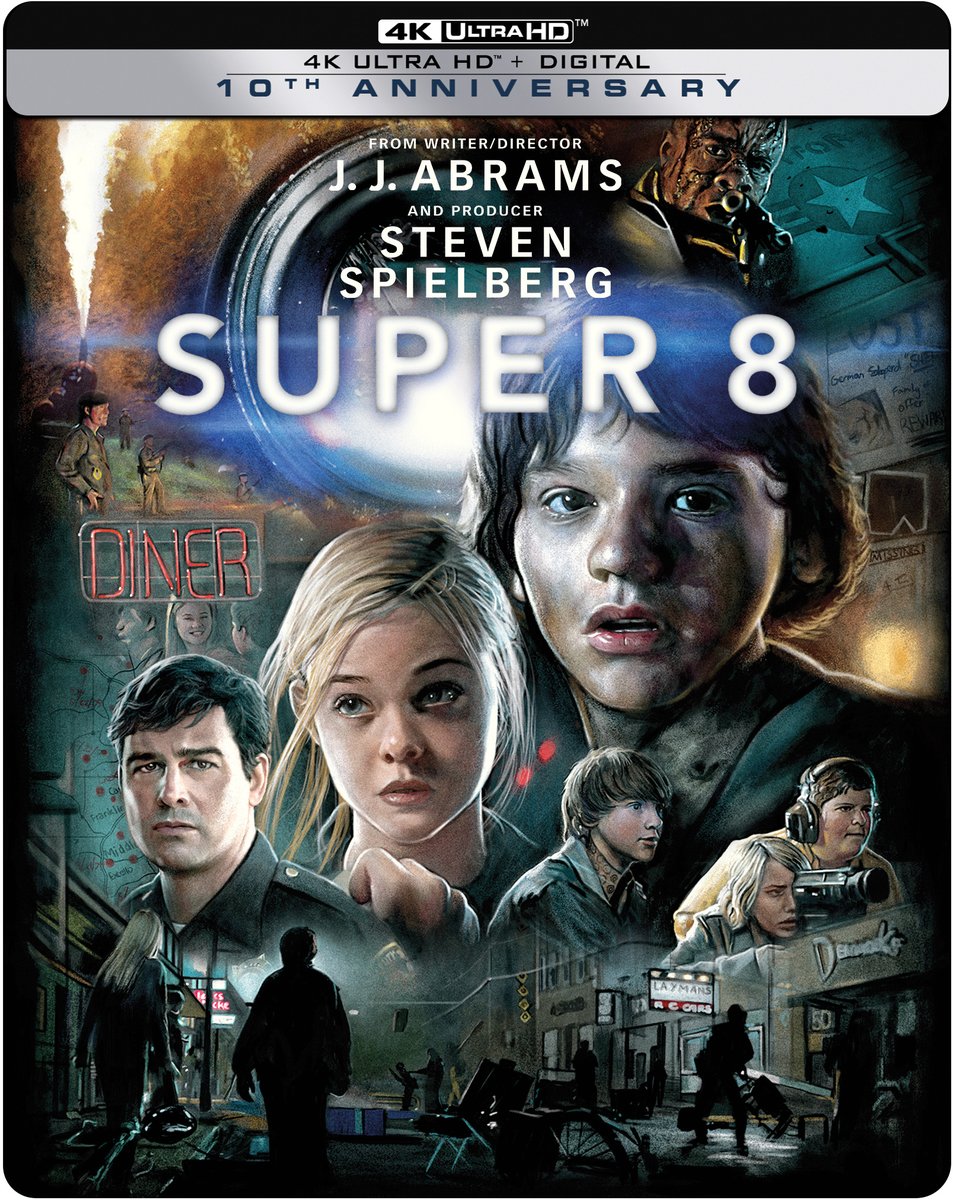 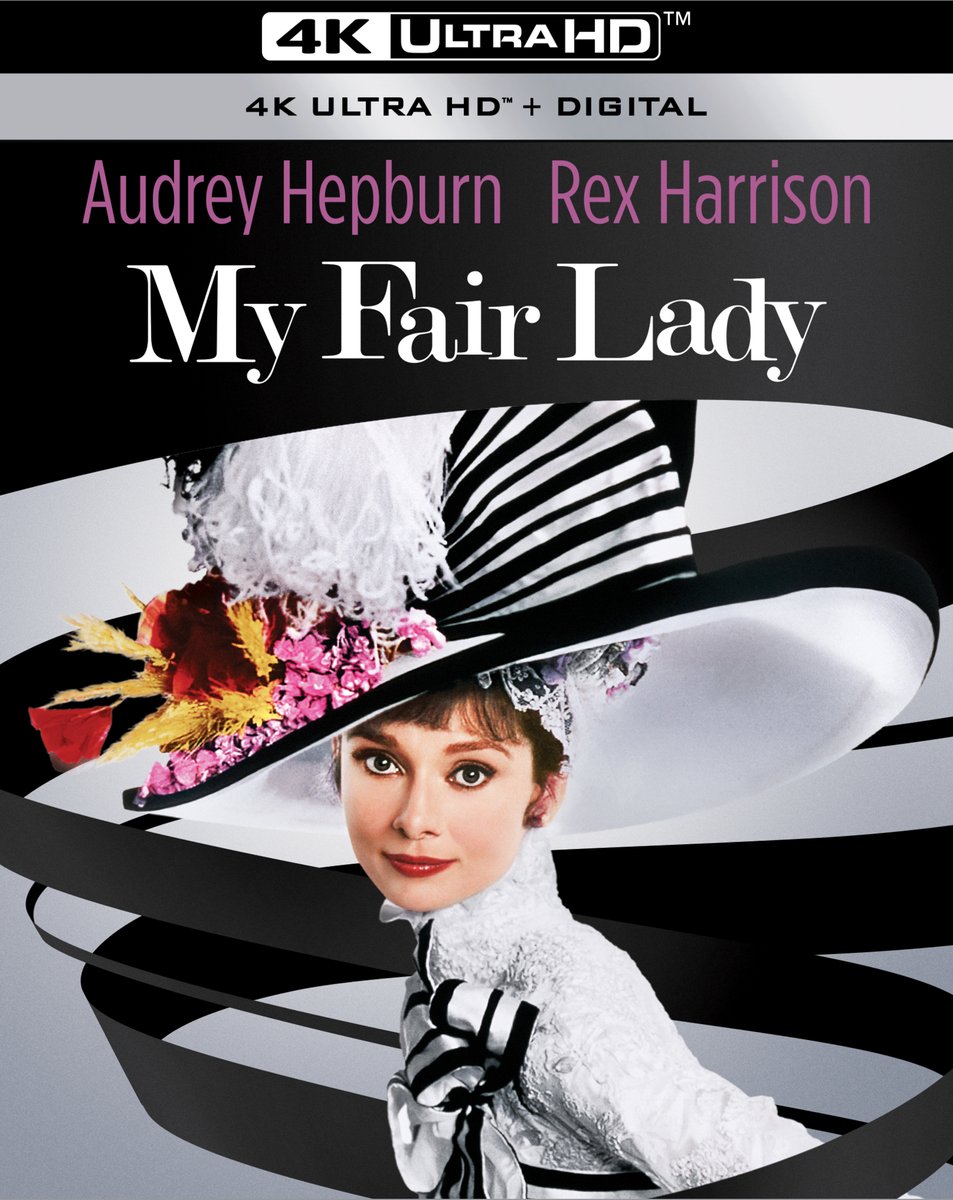 Now available for pre-order on Amazon: George Cukor’s MY FAIR LADY on #4K #UltraHD from @ParamountMovies. Street date 5/25/21. Click here to order (Note that we expect the usual sale price to kick in shortly)... amazon.com/exec/obidos/AS…